Our best-known film is Father and Daughter (by Michael Dudok de Wit, 2000), which won over 30 international awards including -in 2001- the Oscar© for Best Short Animation.

CinéTé was also involved in shorts made by Floor Adams, Paul Driessen, Evert de Beijer and Börge Ring amongst others.

Driving force and founder of CinéTé is Willem Thijssen. 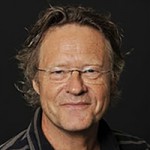 Willem Thijssen (1947) graduated in 1973 from the Dutch Film Academy in Amsterdam, specialising in production and directing.

Since 1976 he is primarily active as a producer in different genres: live action, documentaries and -mostly- animation.

His most famous films are A Greek Tragedy by Nicole van Goethem and Father and Daughter by Michael Dudok de Wit. Both films won an Oscar© for Best Animated Short, in 1986 and 2001 respectively.